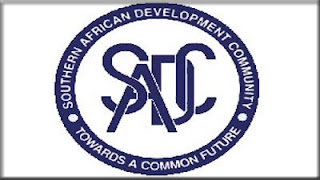 The Southern African Development Community (SADC) is reportedly considering introducing tax on imports from outside the regional body, according to the Zimbabwean Minister of Finance and Economic Development, Patrick Chinamasa.

He was quoted by the state-owned newspaper, The Herald, as saying that revenue from this could be used to fund the trade bloc’s developmental goals. He added that though it was commendable that the regional bloc could now fund 54% of its budget requirements; more fundraising mechanisms are needed to attain financial self-sufficiency.

Popular posts from this blog

By Unknown June 30, 2017
Ethiopia’s PM inaugurates Africa’s ‘largest’ cargo terminal Ethiopia’s Prime Minister Hailemariam on Thursday inaugurated the country’s newest cargo terminal, built at a cost of €110 million.Meanwhile, Group CEO Ethiopian Airlines Tewolde Gebremariam has said the new cargo terminal, which is the largest in Africa, will put Ethiopian among the 10 world’s best airlines in cargo and logistics services. Speaking on the occasion of the inauguration ceremony, the Ethiopian prime minister called on other African airlines to join hands with Ethiopian airlines to address bottlenecks of the air cargo industry in the continent. According to the premier, the new cargo terminal will have an immense role in boosting the country’s export of footwear, leather and pharmaceuticals, as well as horticultural produce.
Post a Comment
Read more
By Unknown March 25, 2017
Daigon International [Pty] Ltd thank our customers and promise to maintain fantastic service levels. Please feel free to phone us on: 011 452 1276 or 072 998 3493.  www,daigonsa.co.za
Post a Comment
Read more
By Unknown March 25, 2017
Customs increased the Duty rate on sugar on 24 March 2017. Duty on sugar now R6.43 per kg. Sugar is becoming a luxury item,,,,,,,,,,,,,,,,,,,,,,,
1 comment
Read more